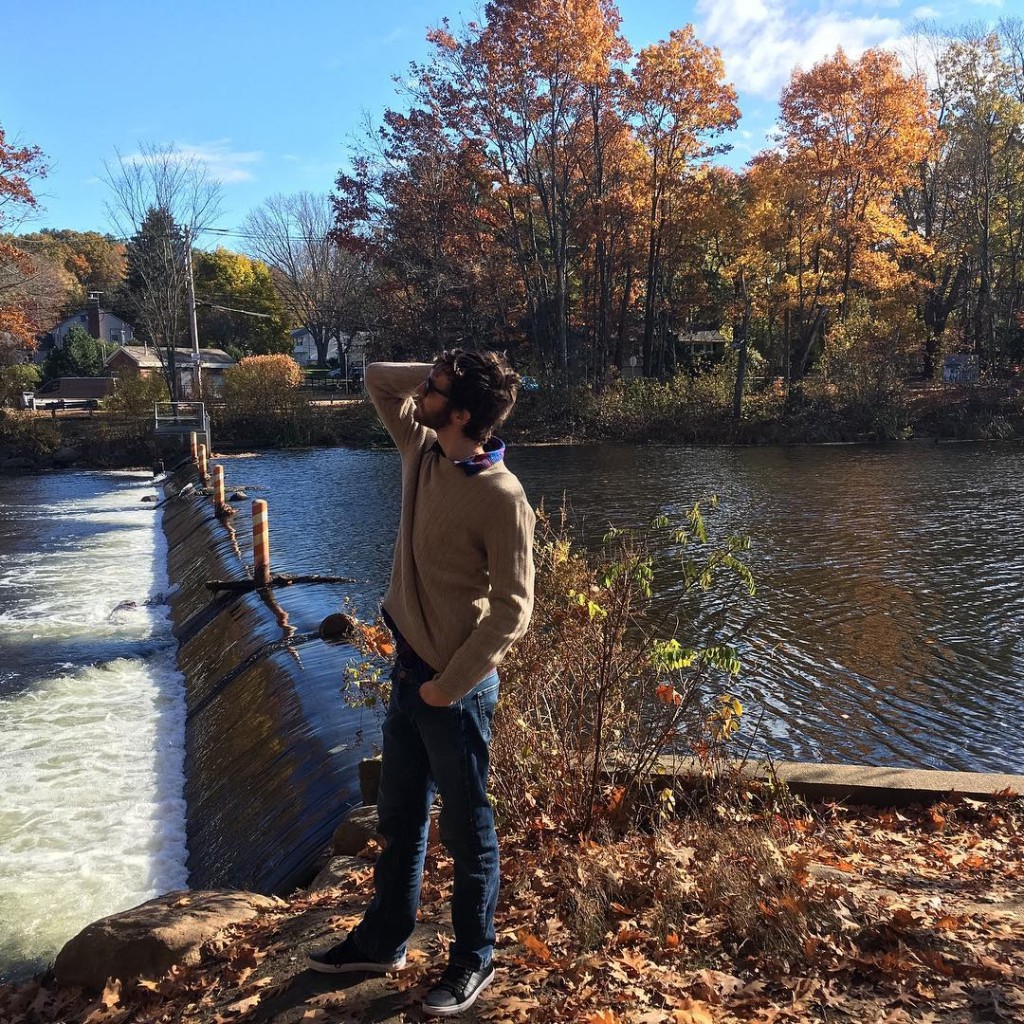 A Little About Me

I was born during a record low snowstorm in Ohio. I don’t really remember living there, but I’ve seen photos. I was a Cesarean section because there was a risk of brain damage, if I jumped out wrong. I won’t go into all of that, but I had good timing. I was a big baby at 11 lbs 7 oz.
I went to a Catholic pre-school in Florida and there were cockroaches everywhere. I was later baptized and I have learned of many religions since then. I won’t go into the details but I enjoy reading about different belief systems. Later in my childhood, I moved to Texas where there were plagues of crickets. Luckily that ended in the early 2000s, because I was in swimming and it was disgusting. I had to do a few meets, swimming through pools of partially-live crickets.

I was that guy in elementary school that was taller than everyone else, so people always treated me like I was older. I’m like the big puppy dog that was always treated like an adult dog, so it didn’t grow up chihuahua. I also hated being a child, because I viciously prefer independence and still crave more freedom for my art. I did sports in elementary school but started band in middle school and I’ll get into that later…

If you want to know more about me you can always comment on any of my social media profiles, or posts on this site. I support people of all backgrounds and have always had best friends of both genders, from all over the world. 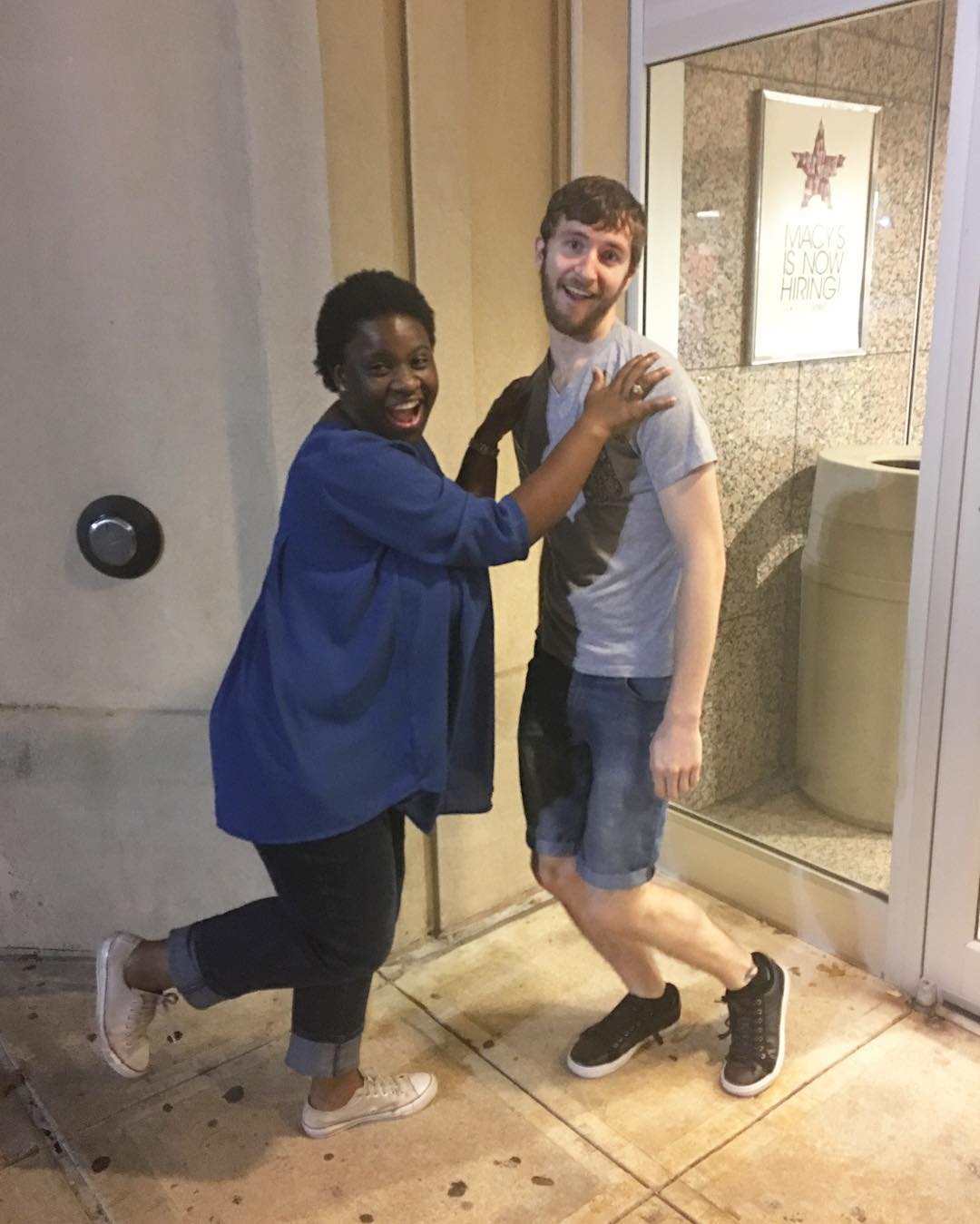 One of my best friends from middle school band striking a pose with me. She’s super successful now and I am so proud.
This is from instagram.com/sage_suede.

I have to make music, because otherwise there is no way for people to understand me. I loved languages as a kid. You learn the most about English when you learn a foreign language because you can see commonalities in sentence structure that clarify elements of grammar that generally aren’t explained in native language learning (although, I probably ignored them while learning English).

I devoted years of my life to learning several languages. I was fortunate to be in a public high school with AP classes, but had to work hard to get into college. Much of high school was harder than college for me because I did so much. I had 32 semester hours when I started on a half-tuition scholarship and changed my major 3 times, before graduating in 4 years.

I plan ahead, otherwise I get anxious and I planned ahead to become a musician as a child. I made that decision because I liked foreign music and I wanted a career that would allow me to travel. My first two albums were Deee-Lite’s Greatest Hits and Music by Madonna (side note: I asked Lady Miss Kier to collab and she was too busy, but as a huge fan, I was happy to have a brief chat via email with her).  When I was like 6, I started on drums (don’t play anymore though), then Clarinet in middle school, marched bass clarinet and shredded at classical bass clarinet, followed by guitar, ukulele and piano. For a while, I practiced clarinet for 5 hours a day.

Oh, and in middle school I started learning to make beats but was off-an-on until recently. I have devoted years of my life to this and did several jobs for free to learn to marketing and other skills, such as web design. This website and my music really are the product of blood, sweat and tears – often at my own expense.

No One Else Defines Me

Some people treated me like I was crazy for being different from them, but I primarily grew up in Austin, TX – a place where most people embrace weirdness. I have friends from everywhere and have had trouble fitting in for most of my life, because I am from many places and like foreign things. I don’t always think in one language and I want to make that painfully clear, because I don’t always speak in the same accent. You might find me using a different voice on different songs, but I am always trying to express myself genuinely.

I don’t think that’s weird at all and I don’t feel like I should have to justify it to anyone. I also don’t feel like my music should be limited to one mood, because I’m human and have emotions. I am a multi-dimensional person, as I have expressed in other posts, so I won’t let anyone look down on me on the basis of how different we are. I am a good role model, because I worked so hard to get where I’m at.

I’ve always had friends from diverse cultures and I used to practice Clarinet 5 hours a day, in addition to rehearsals. That number dropped of course, but I wanted to be a Clarinet major through much of high school. I chose to drop clarinet for guitar and piano, which I studied at Clancy’s Guitar School.

This post is not art because it’s just about me. I’m a person and it’s about time people realize that I’m not an object. I don’t want my childhood really to be the body of any of my art, but it still influences me a lot. I live in a pretty quiet apartment complex with a roommate, so with a 40-hour work week, I don’t have many hours to be loud. That’s one of the reasons a lot of my stuff has been electronic lately. Unfortunately, one of the main reasons I was so sad in earlier posts is because living with roommates so greatly limited my capacity for musical expression and some of those roommates were awful enough to attack me for practicing.

A lot of my songs are meant to provoke discussion, but others are just personal and reflective. I like keeping those reflective pieces on here and I don’t feel bad about anything that I’ve ever made, even when it isn’t high quality. I haven’t been performing my original music much and none of these songs are guaranteed to be final versions.Unfortunately, I am limited by financial resources and my student debt is spiraling out of control, so things are still up in the air, until I can make ends meet.

I’ve been living my life to become a musician and I made all of these plans and took these steps myself, one at a time down a very long path. I also took all of the steps towards a professional career and have to dedicate my time to making money, before working on this blog. Sage Suede would not exist right now, if I hadn’t worked for it and taken on a lot of roles to get here.

Sexy Scorpião is in English and Português. Thanks to my new followers! pic.twitter.com/mazMc23GvO

My Facebook page mostly has followers in Lusophone countries, so I am going to keep making Portuguese songs too.
I am very thankful for the love I receive in regards to my music. I want my fans to know how to handle tough situations, so I try to be edgy but it’s also just been my entire life adapting to new friendships and situations. I am enjoying the experience and progressing outside of music as well. 😉

No One on Earth Can Define You